History: The stone was found by meteorite hunters in Western Sahara.

Petrography: (C. Agee and A. Ross, UNM) This meteorite contains approximately 60% plagioclase, 35% low-Ca pyroxene, minor phases include olivine, low-Ni iron metal, and Cr-spinel. Grain boundaries between plagioclase and pyroxene are gradational and occupied by blebby intergrowths of both phases. Olivine was observed as small (~100 μm) inclusions in pyroxene. Metal is nearly pure iron with trace amounts of cobalt — nickel was barely detectable with the microprobe.

Classification: Ungrouped achondrite. This meteorite is a norite. It has oxygen isotopes values that are about 0.05 per mil below the HED array. The pyroxene compositions are similar to that found in diogenites, however the plagioclase abundance (60%) of this norite is much higher than in any diogenite (orthopyroxenite). The anorthite (An98) content of the plagioclase is significantly higher than typical HED values.

NOTE:  Next to Erg Chech 002 the most amazing and stunning meteorite I have seen.  Only 5 slices that has been cut from main mass. This is part slice one side polished. 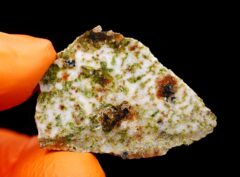 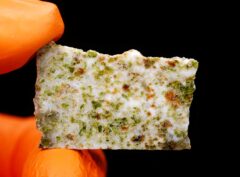 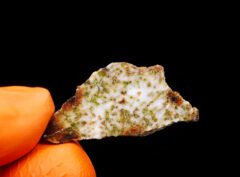 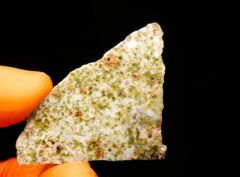 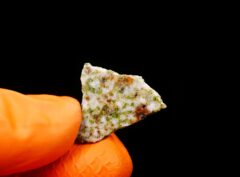 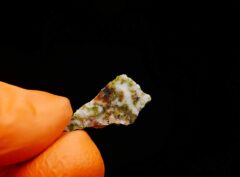 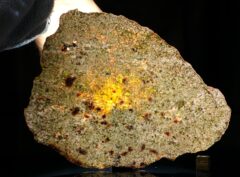 350 $ Add to cart
This website uses cookies to improve your experience. We'll assume you're ok with this, but you can opt-out if you wish.Accept