History: A total of about 1600 kg of iron meteorite shrapnel (thousands of pieces), ranging in mass from < 1 to 35,000 g, plus a single 83 kg individual completely covered with well developed regmaglypts, was found in and around the 45 m diameter Kamil impact crater by an Italian-Egyptian geophysical team in February 2009 and February 2010. Approximately 800 kg of the total mass observed in the field (the regmaglypted individual inclusive) was recovered. The Kamil crater was identified by V. De Michele, former curator of the Natural History Museum in Milan, Italy. The geophysical survey was carried out within the framework of the “2009 Italian-Egyptian Year of Science and Technology”.

Physical characteristics: A 634 g type specimen, measuring 88 × 70 × 55 mm, is flattened and jagged shrapnel with a rough, dark-brown external surface. The surface originally sitting in the desert soil shows some oxy-hydroxides due to terrestrial weathering.

Petrography: (M. D’Orazio, DST-PI; Luigi Folco, MNA-SI) Etched sections show an ataxitic structure interrupted on a cm-scale by crystals of schreibersite, troilite and daubreelite enveloped in swathing kamacite. Kamacite spindles (20 ± 5 μm wide) nucleated on tiny schreibersite crystals. The spindles form small aligned clusters and are rimmed by taenite. The matrix is a duplex plessite made of approximately the same proportion of kamacite and taenite lamellae (1-5 μm in thickness) arranged in a micro-Widmanstätten pattern. Many sections show, particularly close to the external surface, shear dislocations offsetting the plessitic matrix and the crystals of the accessory phases by several millimeters. 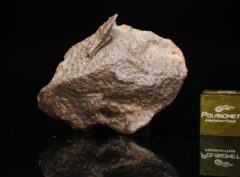 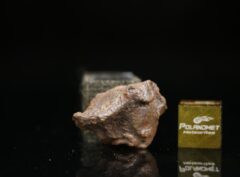 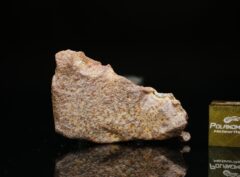 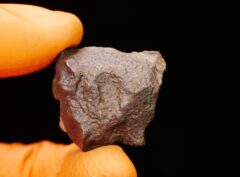 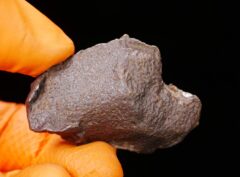 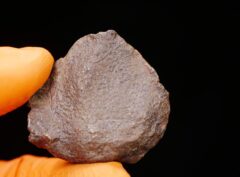 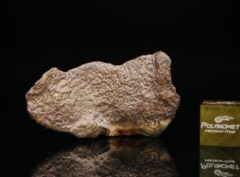 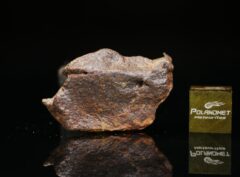 70 $ Add to cart
This website uses cookies to improve your experience. We'll assume you're ok with this, but you can opt-out if you wish.Accept