History: On November 6, 2021, at around 1 pm Saharawi people residing in the refugee camp of Dakhla (about 200 km south of Tindouf, Algeria) heard a strong sonic boom confirmed by many people in the neighboring countries of Mauritania and Western Sahara. A few days later, many meteorite fragments with fresh fusion crust have been recovered by meteorite hunters in northern Mauritania close to the Algerian border (Tindouf province). Mr. Salamu Ali purchased a 446 g fragment and submitted it for classification. 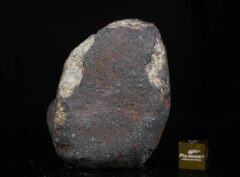 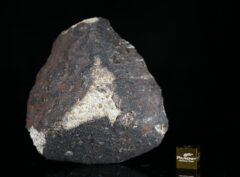 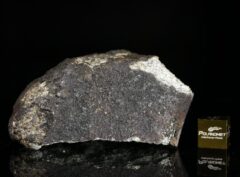 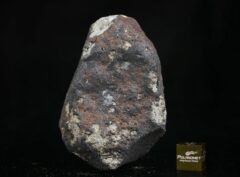 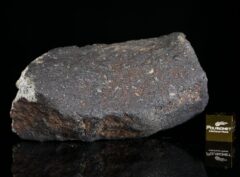 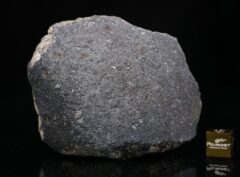 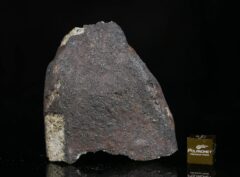 1 400 $ Add to cart
This website uses cookies to improve your experience. We'll assume you're ok with this, but you can opt-out if you wish.Accept